BY Matthew Everingham and Blake Jones

Following Under Suzuki’s unfortunate retirement after an engine failure in practice and then a high-speed crash, PR Tech Racing’s RP968 dominated the top of the timesheet with Barton Mawer once again at the wheel. Compared to 2018, the Porsche looked even more sorted around Sydney Motorsport Park, with none of the squirminess or fragility of previous years. If it weren’t for the fiery trail of sparks generated by the titanium skid plates, you could be mistaken for thinking the car wasn’t even driven at its limit.

Occasionally it can seem that the one thing in common between these time attack cars is their unreliability, but with this second win, PR Tech Racing have proven that there is a dependable formula for success. 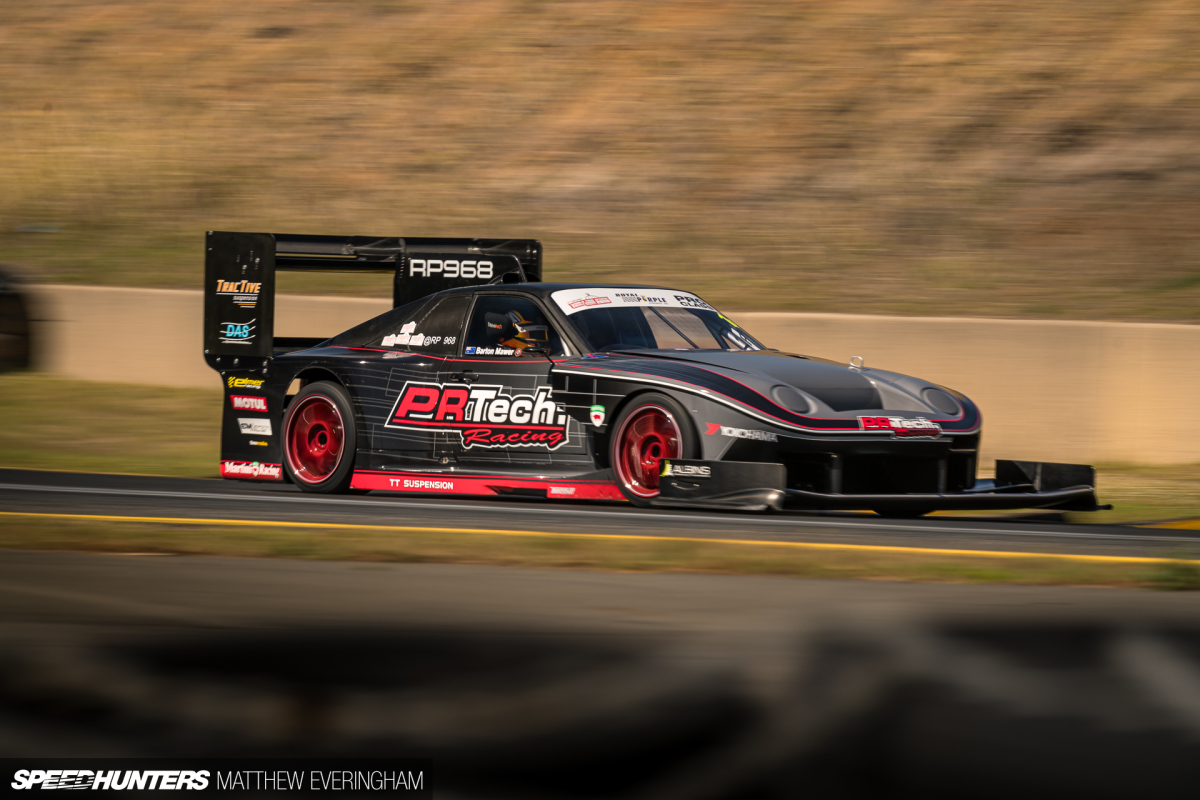 But money alone doesn’t create these results; the PR Tech Racing team is incredibly professional, and they’ve been able to refine their design year-on-year to iron out the issues. Many cars have been undone in the past by having the latest and greatest improvements made too late and without testing – not so for RP968.

Rod Pobestek (the RP in RP968) and aero whiz Sammy Diasinos are like our own Australian Ron Dennis and Gordon Murray duo. Lurking around the chaotic pit garage, you can’t help but feel a bit of the magic that defined the glory years of F1.